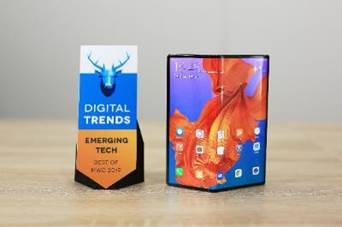 Here are the 31 awards the HUAWEI Mate X has received to-date:

World Congress 2019” thanks to its Falcon Wing Mechanical Hinge, leading 5G capabilities, innovative interactions with consumers and HUAWEI SuperCharge. This highly coveted, special award is given by the organizer GSMA for newly released or soon-to-be-listed mobile products, signifying the highest recognition for pioneering the future of mobile technology. The GSMA represents the interests of mobile operators worldwide, uniting more than 750 operators with over 350 companies in the broader mobile ecosystem.

TechRadar gave the HUAWEI Mate X the “Best of MWC 2019” award, calling it as a smartphone that has brought “sci-fi imaginations” to life. Its Falcon Wing hinge mechanism was highlighted as a standout aspect of its beautiful design while its impressive performance was also acknowledged. TechRadar is an online publication focused on technology, with news and reviews of tech products, especially gadgets. It attracts 47.3 million unique monthly readers. 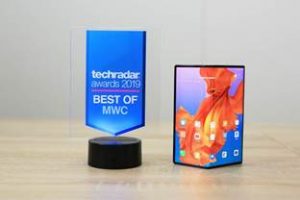 Tom’s Guide chose the HUAWEI Mate X as “Best in Show,” saying its “packed with innovation” including 5G connectivity and a fast-charging dual battery. Tom’s Guide is a website offering unbiased reviews, buyer’s guides, tutorials and more. It has 46.11 million readers. 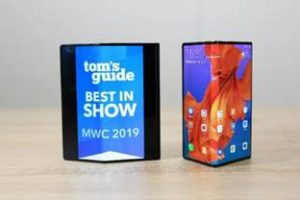 Android Central awarded the HUAWEI Mate X as “Best of MWC 2019” noting its Falcon Wing hinge and “super-thin” form factor. Huawei was also praised for the intuitive and easy-to-use approach to the overall design of the device. Android Central is a leading Android community that attracts 27.2 million monthly visitors. 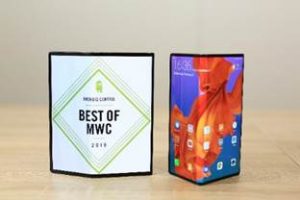 Digital Trends awarded the HUAWEI Mate X “Best Emerging Technology” of MWC, because it brings innovative technology to so many aspects of the device. They were impressed with the device’s design and the unique form factor – and said it is one of the most sensational new mobile technologies they have used in years. Digital Trends is a premier source for technology news and product reviews. It attracts 25 million readers monthly.

Trusted Reviews awarded the HUAWEI Mate X with “Best of MWC 2019” recognition. It said the HUAWEI Mate X “is without a doubt one of the most interesting things to arrive at MWC 2019” thanks to its super-fast 5G connectivity, all-new Leica camera array and a flexible OLED display. Trusted Reviews offers reviews of the latest consumer electronics, IT and computing products, technology industry news, analysis and product launches. It attracts 23.3 million readers. 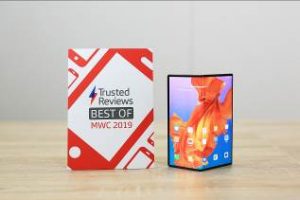 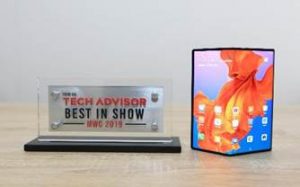 Android Authority recognized the HUAWEI Mate X as “Best of MWC 2019,” saying it’s an innovative “powerhouse” with impressive fast charging and a beautiful display. Android Authority provides news, tips and reviews on all things Android, and has 20.2 million readers a month.

Pocket-lint recognized the “stunning” HUAWEI Mate X as “Best of MWC 2019,” thanks to its “elegant hardware” and stand-out, “intelligent” design. Pocket-lint is the largest independent gadget news and reviews site in the UK and has 17.7 million readers a month. 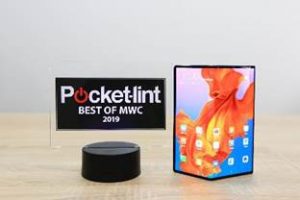 BGR recognized the HUAWEI Mate X with its “Best of MWC” award, commending the smartphone for an almost bezel-less display, which “looks amazing.” The ultra-thin device was called out for particular praise as well as the “incredibly fast” SuperCharge technology. BGR is a technology-influenced website covering topics such as consumer gadgets, entertainment, gaming and science. It has 17.5 million readers. 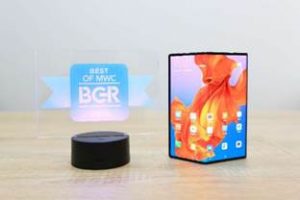 Android Police gave the HUAWEI Mate X its “Best of MWC 2019” award. The “crazy fast” charging technology was singled out for praise while the easy to hold form factor was also highlighted as a stand out feature. Android Police focuses on Android-based news, reviews and deals, and receives 13.7 million monthly visitors. 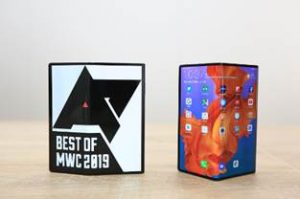 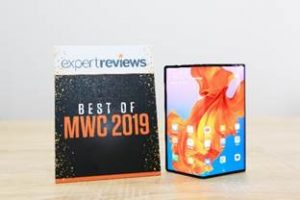 SlashGear awarded the HUAWEI X the “Editor’s Choice” for its “astonishingly slender” design, mentioning that “even out of 5G coverage, though, the phone should still wow.” SlashGear covers technology, science, automotive, gaming and entertainment, and has 3.2 million monthly visitors.

Ubergizmo presented the HUAWEI Mate X with the “Best of MWC 2019” award. The smartphone was congratulated for an intelligent design which enables an extremely thin form factor without compromising performance. Ubergizmo is a US-based technology reviews and news outlet with 2.9 million monthly visitors.

FoneArena awarded the HUAWEI Mate X the “Best of MWC 2019” for its stunning design and powerful charging capabilities. FoneArena is the leading independent mobile portal in India with 2.77 million unique visitors monthly.

T3 awarded the HUAWEI Mate X an “Innovation Award,” calling Huawei a “5G folding phone pioneer” and applauded the device’s accessibility, quality and convenience, saying the handset, “definitely will appeal to far more than tech enthusiasts and, in partnership with the power that 5G networks will have in transforming how we use our personal mobile devices.” T3 covers the latest gadget and technology news, reviews, buyer’s guides and features for smartphones, laptops, audio, gaming, fitness and more. T3 attracts 1.78 million unique monthly visitors.

TechnoBuffalo honored the HUAWEI Mate X with its “Best of MWC 2019” award. The innovative camera system that allows users to see themselves on-screen when taking selfies was praised in addition to the “unique” display. TechnoBuffalo is a leading technology publication with a focus on consumer devices and reviews boasting 1.1 million monthly visitors.

Mr. Mobile awarded the HUAWEI Mate X “Best of MWC 2019” for its stunning design and exciting innovation. Mr. Mobile only gives out one award during MWC for the very best product – so this is a highly prestigious award recognizing Huawei and the HUAWEI Mate X above everything showcased at MWC. Mr. Mobile is an influential mobile technology reviewer that has over 747K subscribers on his YouTube channel.

Gearbrain gave the HUAWEI Mate X its “Best of MWC 2019” award for its stunning display and unique form factor, stating that “smartphone industry has had some real energy injected into it this week.” Gearbrain is a US-based publication that provides advice and recommendations on new devices. It receives 437K monthly visitors.

Talk Android awarded the HUAWEI Mate X “Best of MWC 2019,” thanks to its “best-in-class” cameras, 5G capabilities and long-lasting battery, concluding that the handset certainly has the “X factor.” Talk Android covers everything Android and Google related, and has more than 406,000 readers a month.

Techaeris gave the world’s first foldable 5G handset, the HUAWEI Mate X “Best of MWC” award at MWC 2019, thanks to its “high-capacity” 4500mAh cell, 5G capabilities and stunning design. Techaeris provides the latest consumer tech news and reviews to an audience of 307,000 readers a month.

Gear Diary recognized the HUAWEI Mate X as “Best of MWC 2019,” noting that its “glorious” FullView display, long-lasting battery and 5G capabilities make it a “spectacular example of a folding phone done right.” Gear Diary is U.S.-based website that provides its users with easy-to-understand information about technology. It reaches 149,840 readers.

Big Tech Question (BTQ) awarded the HUAWEI Mate X the “Best of MWC 2019” award, calling it a “staggering piece of engineering” and “a cutting-edge phone.” Big Tech Question is a forum for all technology, and receives 105K monthly visitors.

GeekSpin named the HUAWEI Mate X “Best of MWC 2019,” highlighting the foldable device’s “sophisticated” design, “brilliant” cameras and long-lasting battery. GeekSpin shares the latest on what’s trending in tech and lifestyle to an audience of more than 54,600 readers a month.

TechBox gave the HUAWEI Mate X a “Top Innovation” award for its stunning design, unique display and powerful performance. TechBox is a Slovakian publication that features the latest source of the newest tech and gadgets news, and detailed reviews.

MyPhone honored the HUAWEI Mate X with the “Most Innovative Product MWC 2019” award. MyPhone is a Greek publication that is a mobile telecommunications portal, with an active forum, reviews of the latest mobile phones and technical documents and articles.

IT World Canada included the HUAWEI Mate X in its list of “Best Foldable Smartphones at MWC 2019” calling the device “the current champ in slimness” and “a gorgeous-looking phone.” IT World Canada covers the latest technology news for the region, and receives 216K monthly visitors.

Mashable featured the HUAWEI Mate X in its list of “Best Tech at Mobile World Congress 2019” saying the device was “hands-down the best foldable phone at MWC.” Mashable is an influential tech publication that receives 28 million monthly visitors.

In addition, The HUAWEI Mate 20 Pro won the “Best Smartphone – Judges’ Choice” at the Glomo Awards, in recognition of its powerful performance, outstanding camera system, long battery life, innovative charging solutions and striking design. The Glomo Awards is the official awards program of Mobile World Congress, celebrating the best in innovation over the past year. 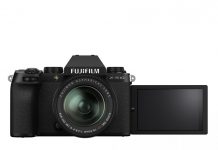 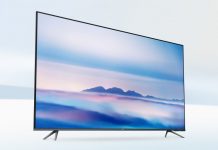 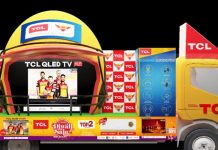